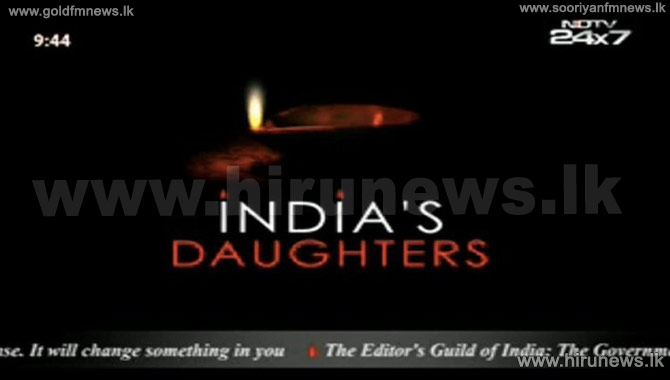 India's NDTV has halted programming in protest at the banning of the BBC documentary India's Daughter.

The network ran a slate referring to the film's title, during the hour-long slot when it should have aired.

The film, which features an interview with one of the men convicted of the Delhi bus rape, was due to be broadcast by the channel last night.

But it was outlawed by the Indian authorities on the grounds of "objectionable content".

Explaining its decision not to broadcast an alternative show from 9 to 10 pm, editorial director Sonia Singh said in a tweet: "We won't shout, but we will be heard."