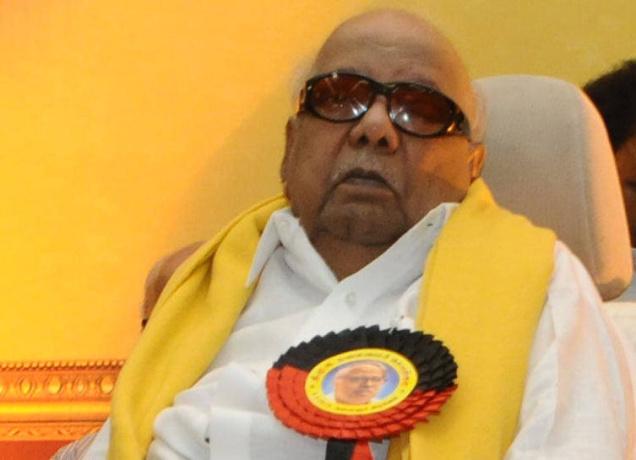 Slamming Sri Lankan Prime Minister Ranil Wickramasinghe for his remarks that Indian fishermen may be shot if they intruded into Lankan waters, DMK on Monday said it “amounted to a slap” on Prime Minister Narendra Modi’s face ahead of his tour to the island nation.

“It is not proper for the Lankan Prime Minister to give an interview amounting to a slap on the Indian Prime Minister’s face ahead of his goodwill tour,” DMK president M. Karunanidhi said.

He was responding to the Lankan Prime Minister’s interview to a Tamil TV channel about killing of Indian fishermen by Lankan Navy where he had said “If someone tries to break into my house, I can shoot. If he gets killed...Law allows me to do that.”

Condemning the statement, Mr. Karunanidhi said such comments would not help address the issue but further complicate it.

However, it was ‘heartening’ to see External Affairs Minister Sushma Swaraj insist that the issue should be dealt in a humanitarian way and not legally, he said.

Mr. Karunanidhi said it was not possible for fishermen in mid-seas to identify the international boundary and took exception to Mr. Wickramasinghe’s remarks in which he compared them to thieves breaking into a house, since fishing was their source of livelihood and wondered if law allowed gunning them down.

Holding that not much headway was achieved in solving the vexed Tamils issue in that country during President Maithripala Sirisena’s recent Indian visit, Mr. Karunanidhi urged Mr. Modi to take up the issue during his visit. (The Hindu)