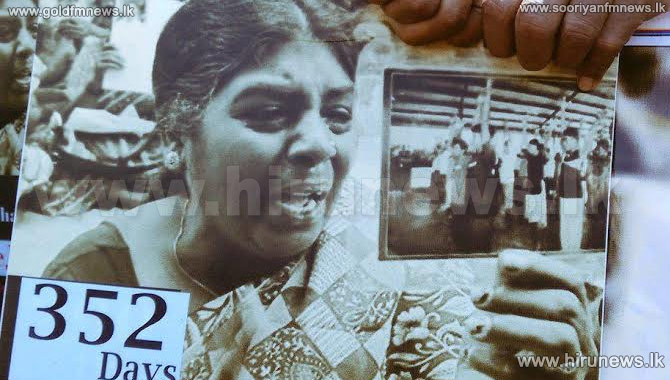 The Colombo Magistrate released 8 suspects on bail including Balendran Jeyakumari who were detained by the Terrorists Investigation Division for aiding to reorganize the LTTE.

After ordering the suspects to report to the police on last Sunday of each month between 9 am and 12 noon, the Magistrate issued an injunction preventing them from leaving the country.

Balendran Jeyakumari and Vibhushika Balachandran were arrested in March at Kilinochchi last year for providing accommodation to Gopi who was charged for attempting to reorganize the LTTE.

The suspect’s daughter is currently placed at a children’s home.

Jeyakumari staged a protest demanding the return of his missing son, during the tour of the UN Human Rights Commissioner Navi Pillai in Sri Lanka last year.