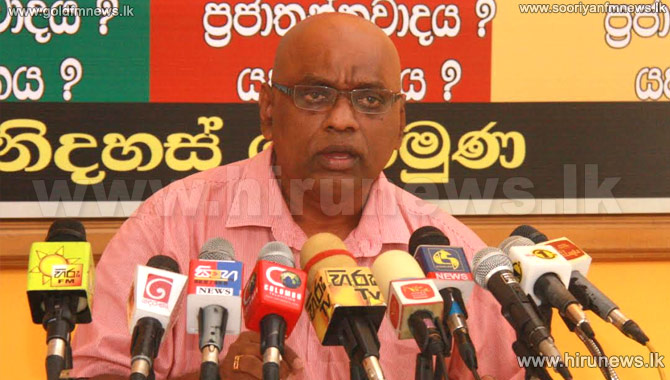 The party’s politburo member and former MP Piyasiri Wijenayake stated this while speaking during a media briefing held in Colombo today.

He stated that the Port City Project is temporarily suspended since the President left for the UK and the Indian Prime Minister is due to arrive in the island.

He added that the ties between Sri Lanka and China pose an issue to countries like the US, India and the UK.

Former Parliamentarian also stated that, instead of the family rule in the past, the current regime follows a rule of 100 families.