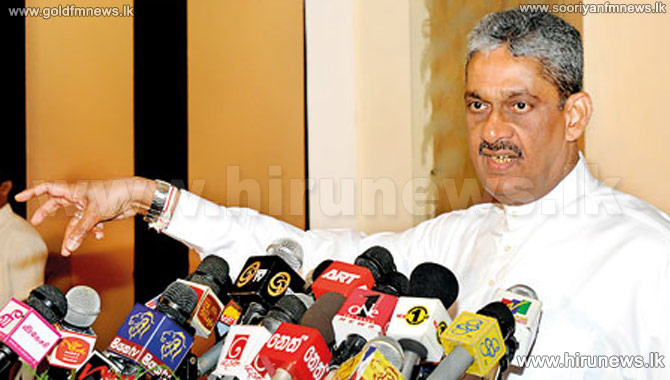 The Democratic Party Leader General Sarath Fonseka says he is not satisfied with the action taken by the Attorney General’s Department with regard to his petition to the Appeal Court.

Addressing a media conference held in Colombo today, General Fonseka pointed finger at the Justice Minister as well as the Attorney General.

Speaking further regarding the matter, General Fonseka stated that previously a UNP provincial councilor spoke on behalf of Jayantha Ketagoda.

He added that, the Department of Attorney General cannot be biased, therefore, it is questionable why they sent a person to speak on behalf of Jayantha Ketagoda.