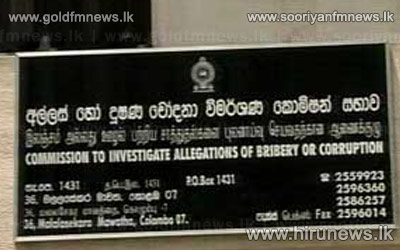 The bribery commission has filed charges against the former Directress of the National blood transfusion centre and another official yesterday.

A spokesperson of the Bribery commission stated that charges were filed against former Directress Ranjani Mallika Bindusara and medical Superintendent of the centre Dr.Champika Prabodini at the Colombo Magistrate court.

The bribery commission has taken action after taking the complaints for hearing with regard to malpractices alleged to have committed by the duo during their tenure.