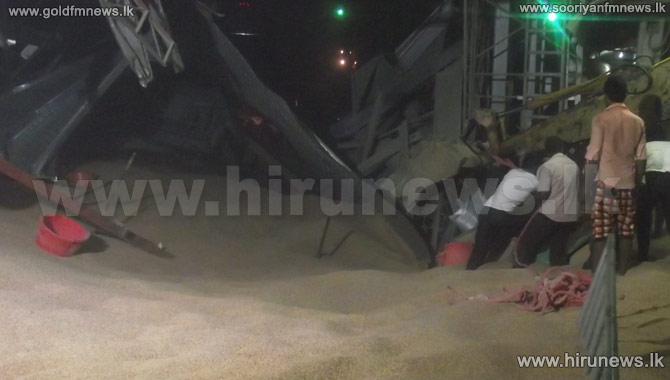 An employee of a dhal processing factory in Pattiwala in Kelaniya has gone missing as a result of the collapse of a tank in the factory.

Another person was injured and admitted to the Colombo National Hospital.

This accident had taken place as a result of the collapse of a dhal storing tank of the factory.

However the acting police media spokesman said that search operation for the missing person is still going on.