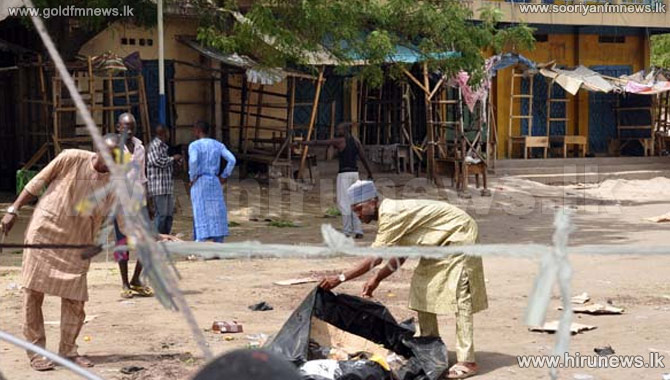 Yesterday, a loud blast rocked Maiduguri just after 4 p.m. and a military source at the scene said a woman had detonated her bomb at a roundabout near the Monday Market, which has been attacked numerous times before.

Maiduguri is the birthplace of radical Islamist Boko Haram insurgents who have been fighting for six years to revive a medieval Islamic caliphate in northeast Nigeria.