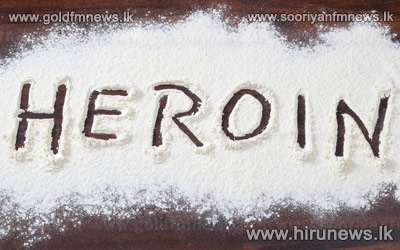 A notorious drug dealer has been arrested with 5 kilograms of heroin in the Katana area in Negombo.

Acting Police Media Spokesman ASP Ruwan Gunasekera said that value of the seized narcotic stock would be over 45 million rupees.

Further questioning has helped the Narcotic Bureau to seize the large stock of heroin from the house of the first suspect’s father in Katana.

Police said that the suspect arrested from Katana house has been identified as one of the notorious drug peddlers.


A notorious drug kingpin with 5 Kilograms of heroin has been arrested at Katana area in Negambo yesterday.

The suspect was taken into custody subsequent to a raid conducted by the Police anti-Narcotics Bureau.

Speaking to Hiru news, the Police media spokesperson stated that the suspect in connection has been involved in this trade since last two decades.