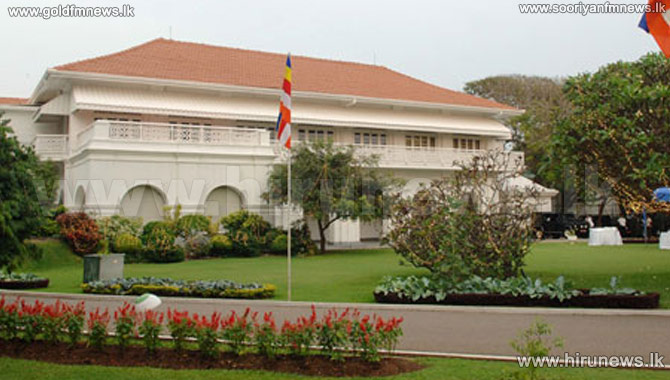 A session of the National Executive Council is currently being held with the patronage of Prime Minister Ranil Wickremesinghe at Temple Trees.

It is reported that leaders of political parties that represent the National Executive Council are participating in the ongoing meeting.

A participating political party leader told our news team that a final decision about the 19th Amendment scheduled to be taken during the meeting today.

Prime Minister Ranil Wickremesinghe expressed his views about the 19th Amendment to the Constitution at a recent public rally held in Sedawatta area.

Meanwhile Opposition Leader Nimal Siripala de Silva told a media conference held in Colombo this morning, if the Constitutional amendments are presented to parliament in the form of an urgent Bill, his party has to take a decision whether it would support such urgent Bills.