Rescue operation continues in search of worker buried in 90,000 kilo,s of dhal at a processing factory in Kalaniya 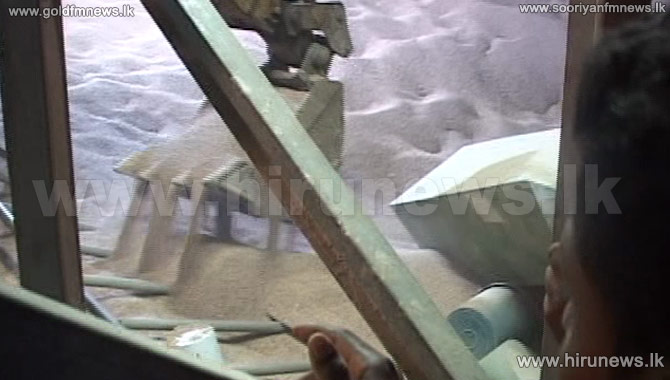 The rescue operations are underway in search of the missing worker who was buried when a storing tank of over 90 thousand kilograms of dhal was ripped open at a processing factory at Patti Vila in Kelaniya last night.

Police said officers from 5 surrounding stations and a team of special unit of the Panagoda Army camp have joined the rescue mission.

Two backhoes have also been used to remove dhal from the premises.

The missing worker has been identified as 24-year old Harshana Thilakarathna of Moneragala.

Fellow workers complained that no authority rushed to the scene for over 3 hours though they were informed of the accident last night.