Gotabaya Rajapakse to be arrested ? 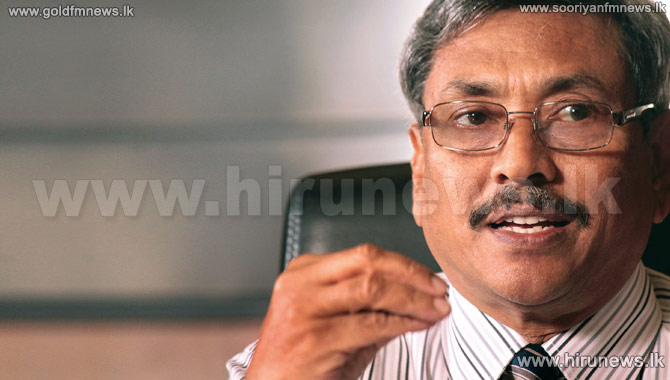 The National Executive Council that met this morning has decided to present the 19th Amendment Bill to the Constitution during next week or the week after.

Nava Sama Samaja Party leader Dr. Wickramabahu Karunarathna said that the National Executive Council which met under the patronage of the Premier today agreed to this amendment.

The National Executive Council has also discussed about the Avant Garde incident during its sessions today.

Nava Sama Samaja Party leader Dr. Wickramabahu Karunarathna told our news team that in his view, former Defence Secretary Gotabhaya Rajapaksa could be taken into custody in connection with the incident.