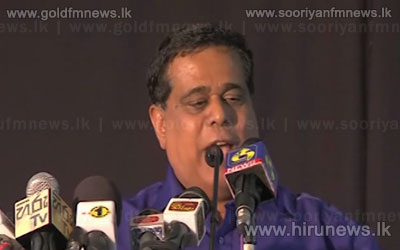 The Opposition leader requests the President to remove the Public Security portfolio to which Police Department is attached from John Amaratunga.

However Public Security, Disaster Management and Christian Religious Affairs minister John Amaratunga says that statements of this nature are made in fear of his action plan to bring the corrupt of the previous government into book.