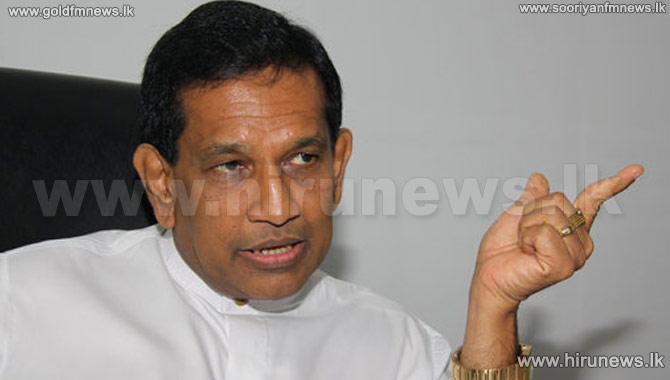 JVP Alternative Front Convener Anuruddha Polgampola gave a statement to the Bribery Commission in connection with an alleged irregularity committed by Minister Rajitha Senarathna as the then Fisheries Minister.

The complaint against minister Senarathna was made in December last year.

In his complaint, Polgampola charged that the then Fisheries minister Rajitha Senarathna has violated the tender procedure in purchasing 32 thousand life jackets for fishermen.

He further stated that the fisheries minister shunned the tender submitted by the approved company and offered it to another company thereby purchasing a stock of substandard life jackets.

The NFF also made a complaint against Minister Rajitha Senarathna on March 3rd charging that the minister obtained 2000 million rupees by looting the country’s fishing resource.

The two wives were questioned with regard to the ongoing investigations against MP Sajin de Vass Gunawardana and former Port Authority Chairman Priyath Bandu Wickramage for making money illegally.

Acting Police Media Spokesman ASP Ruwan Gunasekera said future actions will be taken with regard to the matter after consulting the Attorney General.

Meanwhile it is reported that MP Sajin Vass Gunawardana, who was informed to report to Bribery Commission today, did not turn out.

A Bribery Commission Spokesman told our news team that the MP has informed his inability to come today as he was unwell, and promised to give the statement tomorrow.