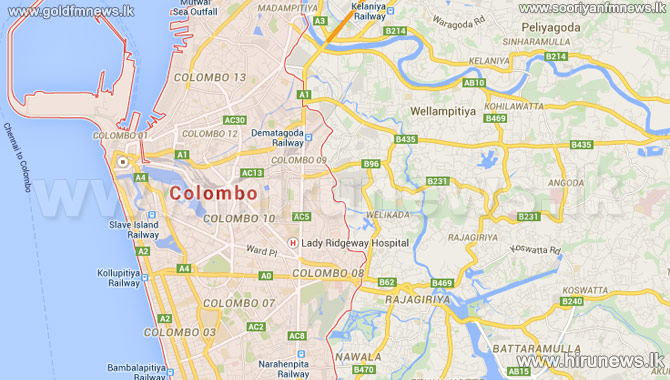 The Police Department yesterday said that a contingent of over 1,000 police personnel would be deployed in the Colombo city to beef up the security in view of the Indian Prime Minister Narendra Modi's visit to Sri Lanka.

Acting Police Spokesman ASP Ruwan Gunasekera said that the Police has announced a special traffic plan which would be in place in the Colombo city tomorrow and day after tomorrow in view of Indian Prime Minister Narendra Modi's visit.

According to this traffic arrangement, traffic movement on a number of roads in the city will be restricted from time to time owing to the movements of the Indian delegation led by Prime Minister Narendra Modi.

The Galle Road opposite the Galle Face Green will remain closed for traffic from 9.15 to 9.45 am on the same day.

Traffic movement on Janadhipathi Mandiriya upto Galle Face Roundabout will also be restricted from 9.15 p.m. to 9.40 p.m due to VIP movement.

Traffic on the road leading to the Slave Island police station via the NSA roundabout, Ceramic Roundabout, Regal Roundabout will also be restricted from 8.15 a.m. to 8.45 a.m. and from 3.15 p.m. to 3.40 p.m on March 14th.

Road Traffic Directions, In front of Galle Face – Until the Parliament Roundabout