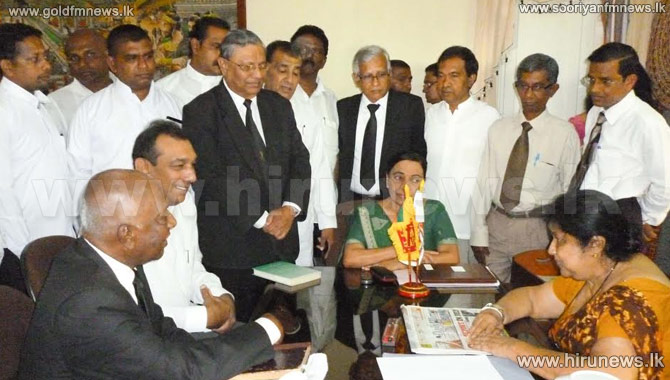 32 government and opposition members of the Central Provincial Council submitted affidavits to the governor Surangani Ellawala requesting her to appoint Thilina Bandara Tennakoon as the Chief Minister.

The UPFA ruling Central Provincial Council has a total of 58 seats where 36 seats belong to the UPFA.

Speaking to our news team Provincial Councilor Thilina Bandara Tennakoon said that 15 UPFA members, 15 UNP members and the two members of the Democratic Party are among those who submitted affidavits.

When our news team contacted Central Provincial Governor Surangani Ellawala said that she has received the particular affidavits, and the matter should be studied.

The Chief Ministers of the UPFA controlled Uva, North Central and Eastern Provincial Councils were also changed after the Presidential Election.