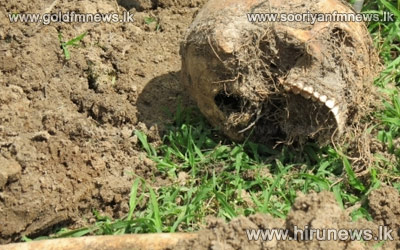 Police have commenced investigation regarding the 2 skulls and skeletal parts of the 2 sisters found from the lower floor of a two storey house near Galle Road in Uyankele, Panadura.

A brother of the deceased sisters from Rakwana has lodged a complaint at the Panadura-South police when he visited this house after 2 years and found the skeletal parts.

According to the police media spokesman’s office, the residents of the area have informed the relevant brother of the deceased sisters, saying that the door of this house has been open since several days.

Accordingly, the brother has visited the house in Panadura where his younger sisters were residing.

The skulls and skeletal parts of the two sisters aged 70 and 72 years are due to be sent to the Government Analyst.