May the gods have mercy on us - MR 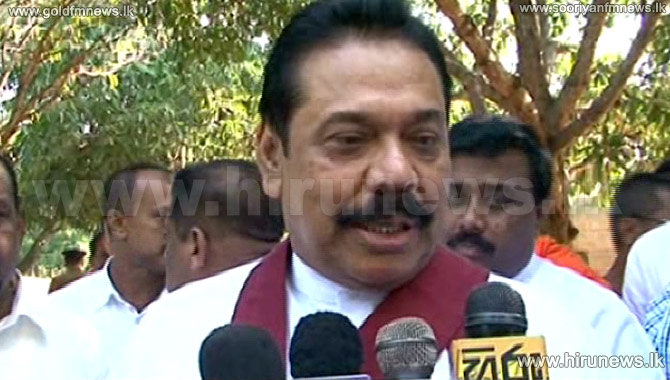 The former President Mahinda Rajapaksa says that he has handed over the SLFP Chairmanship to President Maithripala Sirisena with the intention of protecting the party.

He stated this while speaking during a meeting held at Eppawala in Anuradhapura last afternoon.

The former president also engaged in religious rites at the Mihintale Raja Maha Vihara this morning, and paid a courtesy call on Chief Incumbent of the temple Venerable Valavahengunawawe Dhammaratana Thera.

While addressing those gathered at the occasion, former President stated that there is a trend of seeking political revenge and that he has seen on papers where certain politicians are making statements that should have been made by the IGP and the Attorney General.

When reporters enquired the former President’s views regarding the Colombo Port City project, he stated that he doubt it would be suspended.

He also stated that development activities should not be stopped, and that he hopes a better decision will be taken regarding the matter.

Number of supporters who gathered at the premises warmly welcomed the former President.