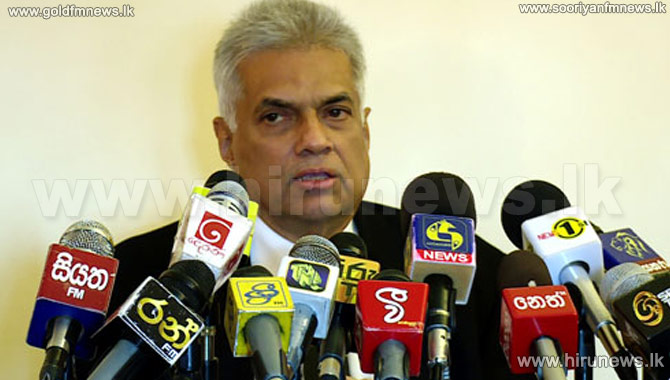 Prime Minister Ranil Wickremesinghe says that he is against the politicians who were rejected by the people trying to take hostage of the 100 day plan.

The Prime Minister expressed his views addressing the launching ceremony of the Declaration of March 12 held this morning.

The Paffrel Organization launched the Declaration of March 12 which includes 8 criteria to be followed by political parties before they give nominations to individuals.

Participating in the ceremony, Opposition Leader Nimal Siripala de Silva said that the country need a better electoral system as the executive president system is amended.

Addressing the ceremony, the Prime Minster said that all should come to a common agreement to establish good governance within the 100 day program.

He stated that if everyone can cooperate and make use of the 100 days to establish good governance, then the country can succeed by 100%

The Prime Minister also stated that they have held talks regarding constitutional amendments, implementing the 17th amendment as well as giving responsibility to the parliament through the cabinet and now the time has come to present them.

He also stated that they have come to a consensus regarding the initial decision on the new electoral system during the meeting held last week.

Several political party leaders, who were present at the launch, signed the Declaration of March 12 which includes 8 criteria.

Among the other participants were representatives of UNP, SLFP, JVP, TNA, JHU, SLMC and New Left Front.

Election commissioner Mahinda Deshapriya was also present at the occasion.