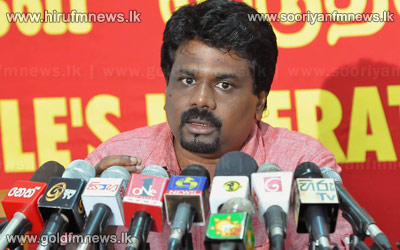 JVP leader MP Anura Kumara Dissanayake says that the reason why talk about a National Government is going on is to protect the corrupt individuals of the former government.

Participating at a people’s rally held in Badulla, the JVP leader said that after April 23rd an election should be held definitely.

The JVP leader said further that the JVP proposed to bring in a constitutional amendment ensuring the loss of parliamentary seats by MPs who change their party allegiance.