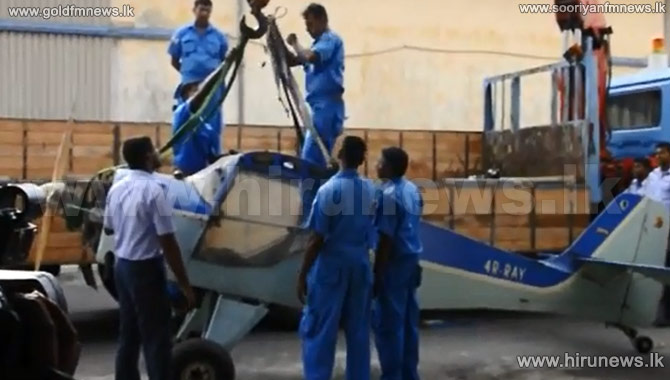 The light aircraft found abandoned at a warehouse in Narahenpita Economic Centre (NEC) was given to the Sri Lanka Air Force (SLAF) yesterday to place it on display at the Air Force museum at Ratmalana.

Dr. Ray Wijewardene, who manufactured the light aircraft, had agreed to the handing over.

It was handed over to the Sri Lanka Air Force (SLAF) through Thishya Weragoda, the lawyer who appeared on behalf of Ray Wijewardene family.

State Minister of Defence Ruwan Wijewardene had also intervened to handover the light aircraft to the Air Force Museum.