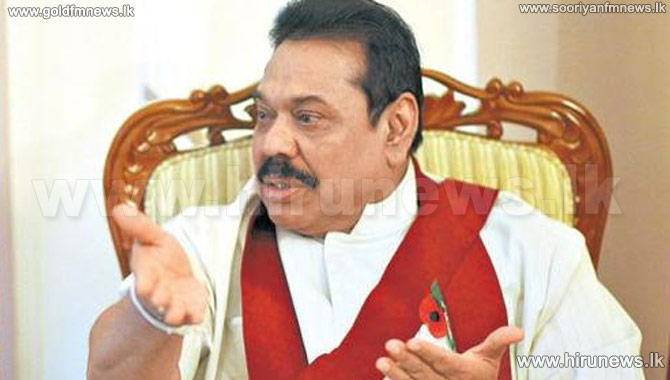 Former President Mahinda Rajapaksa charged that RAW intelligence in collaboration with Western intelligence services, CIA and MI6 worked together with the then opposition to defeat him.

However speaking to the Hindu newspaper, the former President said that the Modi government is not responsible for RAW connections to topple his government.

He also said he took action to remove a top diplomat attached to the Indian High Commission during the last presidential election period due to this reason.

However he said it was too late to prevent the conspiracy against him.

Giving his first interview to an Indian newspaper after the last presidential election, former President Mahinda Rajapaksa further said that RAW started its scheme to topple his administration several years ago.

The former president said that Modi government came to power last year, but RAW had been in operation beforehand.

He also confirmed to the Hindu of his decision to meet visiting Indian Premier Narendra Modi.

Former President Rajapaksa also said that he has never told he would retire from politics, and said he has been taking a break.