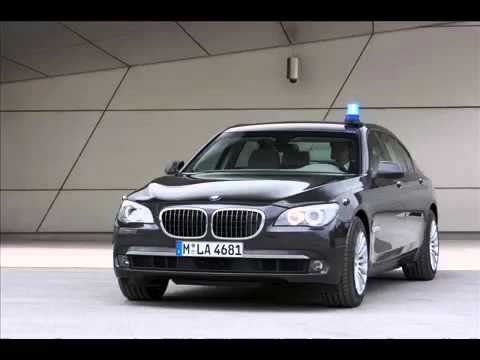 Mr. Modi is one of the most dynamic PMs India has ever had. He is also the most at-risk PMs India has ever had - after Rajiv Gandhi, perhaps. Protection measures for him will be higher than for all the previous Prime Ministers. The satellite phone and jammers in Narendra Modi's car might be installed with new and more sophisticated communication and intelligence features. There will be around 9 cars in Modi's motorcade along with bomb squad vehicles. If reports are to be believed, there might be two or more identical looking/dummy BMW 7 Series in Modi's convoy for security purposes.

Since 2003, the prime minister of India has used versions of this super-fortified car that can withstand attacks from blunt objects, handguns and AK-47s.

Here is a comparison between Obama's Cadillac and Modi's BMW.

Most details of the car are classified for security reasons, but here are some of the features that have been made public

Made of titanium, ceramic, steel and aluminum, the Beast has 8-inch thick armor-plated doors. They weigh as much as the cabin door of a Boeing 757 jet.

It possesses, run-flat tyres reinforced with Kevlar. They are shred and puncture resistant, with steel rims underneath. The car can easily survive if the tyres are blown away.

Thanks to the steel rims, the car can drive at high speeds even without the tyres.

It is equipped with an advanced fire-fighting system, night-vision cameras and tear gas cannons

The boot has a bank of the President's blood type and an oxygen supply system. Inside the car, the President has access to a state of the art satellite phone, which can be connected to the Pentagon and the White House.

It has also been speculated that the car can fire infrared smoke grenade, in case it is attacked by a rocket propelled grenade or missile.

It is also speculated that the car's driver has access to a special video system that allows him to drive in darkness, smoke and other no-visibility conditions.

The car is fully compliant with VR7 grade of ballistic protection and parts of it comply with a higher VR9 grade of protection as well.

The cabin of the car can turn into a gas-safe chamber in case of a gas attack and is also equipped with a back-up oxygen tank.

It has a self-sealing fuel tank that cannot explode in any circumstances. Also on board, similar to Obama's car, is a fire-fighting system, emergency exit and thick bullet-proof windows.

It also has armor plates beneath to withstand mines and bombs.

It can run on flat tyres for several kilometers and possesses advanced heat sensors to provide protection from bombs and missiles.

Modi's BMW is considerably lighter than Obama's Cadillac. Making it easier to maneuver. However, the Cadillac One generates greater momentum.