“India ready to move ahead with Sri Lanka” - PM Modi 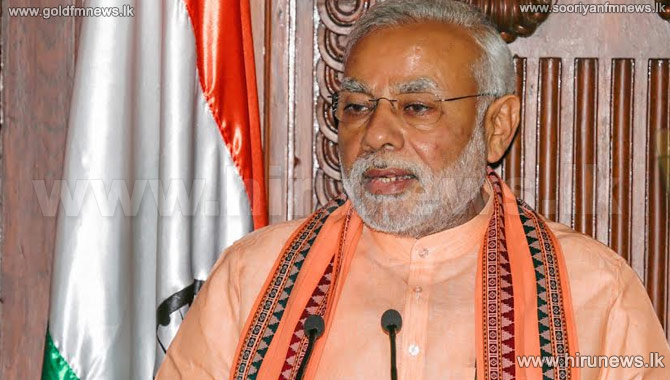 Visiting Indian Prime Minister Narendra Modi, will engage on a tour to Anuradhapura and the North today.

He would worship the Jaya Sri Maha Bodhiya and then participate at the opening of the rail track from Mannar to Thalaimannar.

Indian Premier Narendra Modi who will be visiting the North will symbolically hand over to the public houses constructed with Indian assistance.

He is also expected to have discussions with the Muslim Congress, Ceylon Workers Congress and All Ceylon People’s Congress.

Meanwhile, the Indian Prime Minister participated at a Business Forum held in Colombo yesterday, organized by the Board of Investment.

Indian Prime Minister Narendra Modi stated that India would assist in doing away with the instability in the Industrial sector.