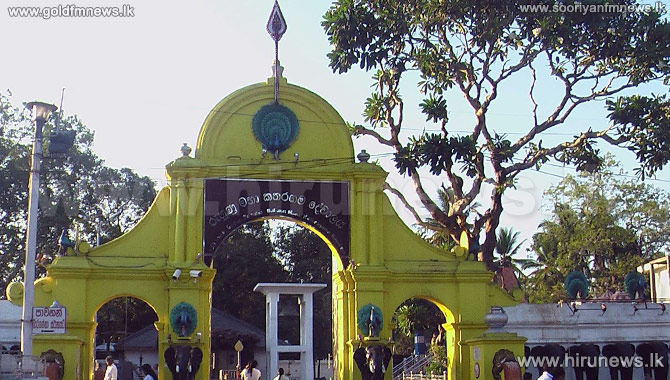 The Presidential Media Unit stated that two clauses in the Buddhist Vihara and Devala Ordinance, pertaining to the Ruhunu Maha Kataragama Devalaya will be enacted.

The relevant gazette notification has also been issued.

Accordingly, the 12th and the 14th clauses were subjected to political influences and under the revised clause, a Parliamentarian, a Provincial Councillor or a local government representative are not eligible to compete to the Post of Basnayake Nilame.

The Presidential powers pertaining to the Ruhunu-Maha Kataragama Devalaya to extend the tenure of Basnayake Nilame by a further 2 years after the regular service period of 5 years, has also been de-activated.