Be patient with SL Gov. – Modi to TNA 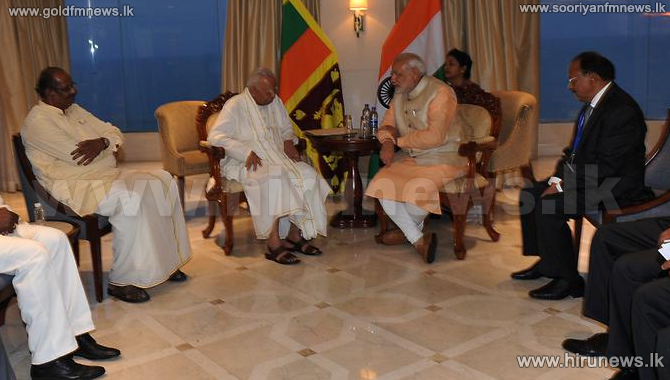 Indian Prime Minister Narendra Modi has asked Sri Lanka’s Tamils to be patient with the new government in Colombo.

Pointing to the “beginning of change” in the country following the victory of President Maithripala Sirisena in the January elections, Modi reportedly said the TNA should “help that change take place,” and not derail the process.

Speaking to The Hindu, TNA spokesperson Suresh Premachandran said that they brought up the issue of lands and the release of political prisoners.

Prime Minister Ranil Wickremesinghe elaborated that foreign tours by Indians have increased within the past 10 years, and that they mostly visit destinations such as Thailand, Maldives and Singapore among others.

Prime Minister Wickremesinghe has held talks with his Indian counterpart on the means of how Sri Lanka can be a leading destination for Indian tourists.

Indian Prime Minister Narendra Modi has promised to launch a program to promote Sri Lankan tours among Indian tourists with the intervention of the Indian regime.

In addition, the two Prime Ministers also discussed on boosting Indo – Sri Lanka ties in sectors such as cricket and cinema.