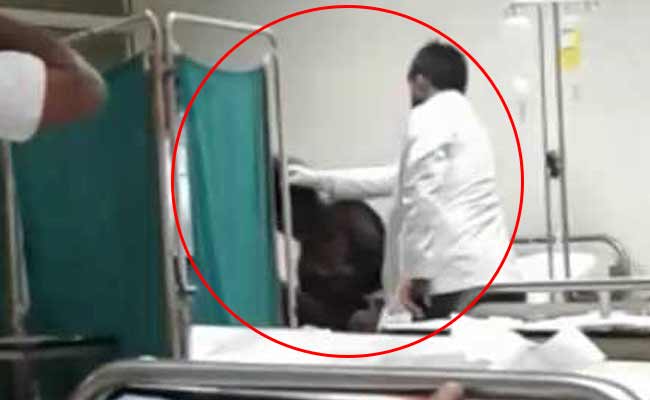 A junior resident doctor of Lucknow's King George's Medical University has been suspended for beating up an unconscious patient, after a video of the incident was uploaded online.

In the video, Dr Tauheed Ahmed posted in the Medicine department is seen repeatedly slapping the patient along with a colleague. Sources say they were trying to get the patient to regain consciousness.

The incident occurred on Thursday night at a private ward of the hospital and was filmed by an eyewitness in the same ward.

Vice chancellor Dr Ravi Kant has ordered an inquiry. "The doctor has been suspended with immediate effect, and inquiry in the matter has been ordered and would be completed within 48 hours," he stated.