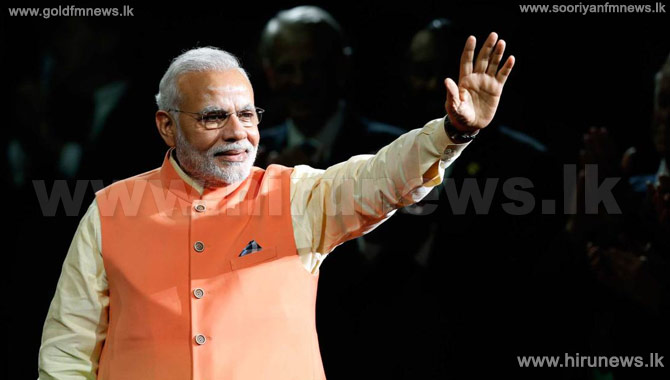 Indian Prime Minister Narendra Modi who was the first Indian Premier to arrive in the island after 28 years concluded his visit yesterday.

He stated that everyone should strive to develop the country through determination and solidarity.

The Indian Premier expressed these views after laying the foundation stone to the Jaffna Cultural Centre.

He received a loud round of applause as he addressed the people in Jaffna.

After paying homage to the Sacred Jaya Sri Maha Bo tree, the Indian Premier paid a courtesy call on the Chief Incumbent of the Atamastana Venerable Pallegama Siriniwasa Thera and the Maha Sangha and received blessings.

After engaging in a chat with those gathered in the premises, Indian Prime Minister also paid homage to the Ruwanweliya Stupa.

The Indian Premier arrived at Thalaimannar to declare open the Railway Line reconstructed under Indian aid.