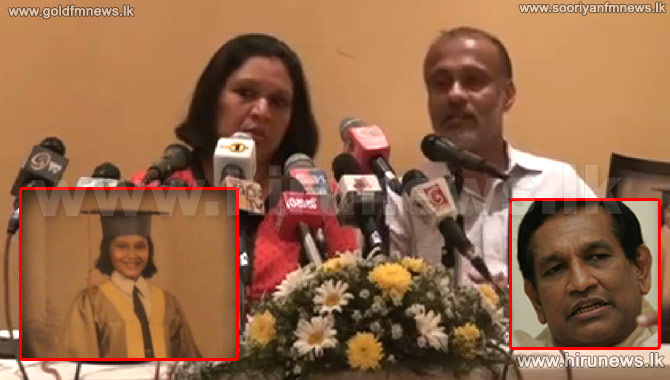 Parents of an under aged girl charge that the 2nd son of Minister Rajitha Senarathna has abducted and detained their daughter by force.

During a media briefing held today in Colombo, the parents stated that the 2nd son of Minister Rajitha Senarathna arrived in a Ministry vehicle and abducted the girl on 24th of February 2014.

A complaint was lodged at the Cinnamon garden police in April 2014 and at the child protection authority in October 2014.

The parents charge that their complaints were disregarded and another compliant was lodged on the 3rd of January 2015.

During the media briefing the parents stated that the under aged girl was first detained at Number 85/ D, Hector Kobbakaduwa Mawatha, Colombo and later she was held at Number 22 B, Stanbo, Chandrawankaya, Colombo 7.