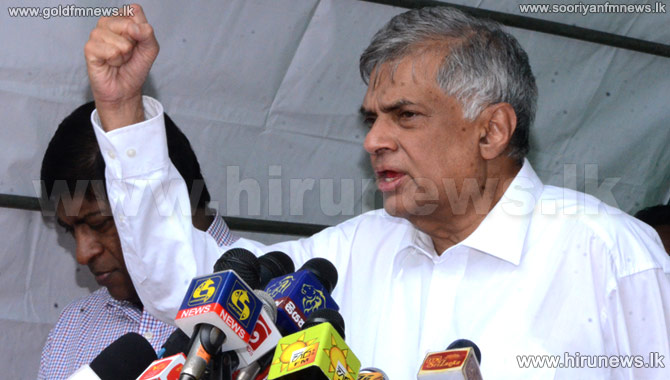 National leader of the UNP and Prime Minister Ranil Wickramasingha states that during the forthcoming general election after the New Year, the UNP will win the highest number seats.

Addressing a progress review meeting of UNP members in Thotalanga, Prime Minister stated that he is ready to work cordially with the SLFP.

Prime Minister also replied to certain allegations made by the opposition stating the some of the construction activities of projects initiated by the previous government have been halted.

He stated that the previous government have initiated development projects witout paying the relevant companies.

Speaking further Prime Minister Ranil Wickramasingha stated that after the General Election a National Government will be established.