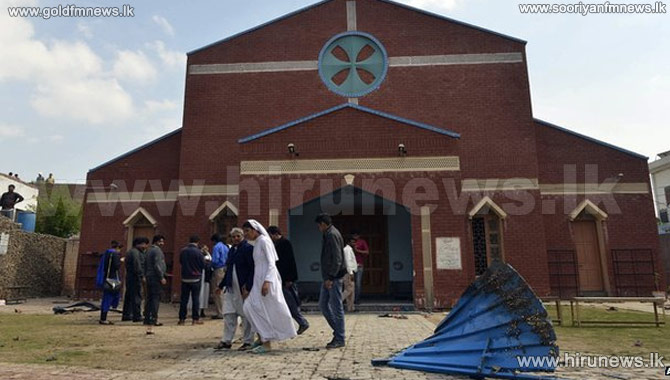 Two bomb blasts have killed at least 10 people near two churches in a Christian neighbourhood of the Pakistani city of Lahore.

At least 50 people were reportedly hurt in the explosions at the Catholic church and Christ Church in the city's Youhanabad area.

Violent protests erupted after the blasts, with large crowds already in the area to attend Sunday mass.

Pakistan's Christian community has often been targeted by militants.

An offshoot of the Pakistan Taliban, calling itself Jamatul Ahrar, has said it carried out the attack.