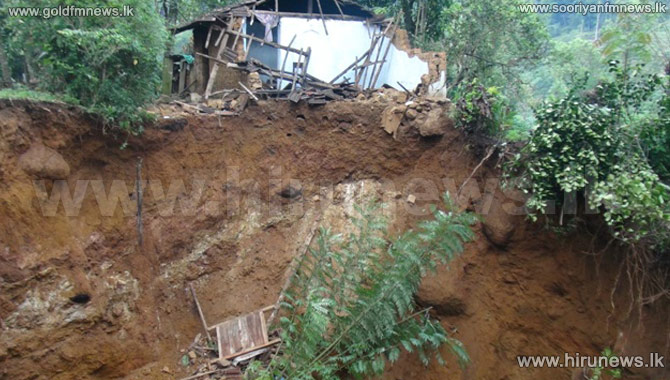 The Disaster Management centre states that a cave in between 25 to 30 feet was reported yesterday in a private land in Bandarawela.

As a result of this 13 persons belonging to four houses who were resident in the neighborhood of the said land have been relocated to secure locations.

Expressing their views to our news team residents of the area said that earth slips had occurred from time to time when noises emanated from underground.

Deputy Disaster Management Centre Media Director Sarath Laal Kumaara told our news team a special team of officials would be dispatched there today to investigate about the situation.