MR back to Politics on ‘War Heroes’ Shoulders 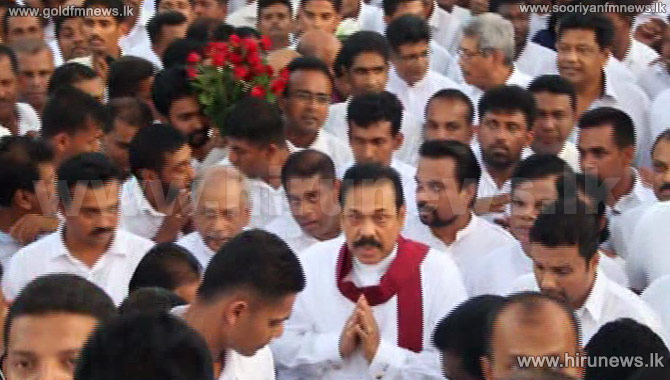 A pinkama was held yesterday at the Kiri vehera sacred premises in Katharagama under the patronage of former President Mahinda Rajapakse to invoke blessings on National war heroes.

Tha maha sanga and several parliamentarians participated in the Pinkama.