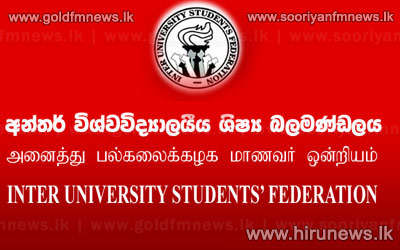 The Federation of Inter University Students engaged in a silent protest in front of the Myanmar Embassy and later handed over a letter to the Embassy.

In their letter, the federation requests the release of 127 students who are detained by the Myanmar government.

Myanmar students staged a protest against the Education laws introduced by the Myanmar government saying such laws have suppressed the academic freedom in the country.

Later students’ community in many countries including Nepal, Bangladesh, Malaysia, Brazil, Canada, China and America staged protests against the Myanmar government’s action against its students.