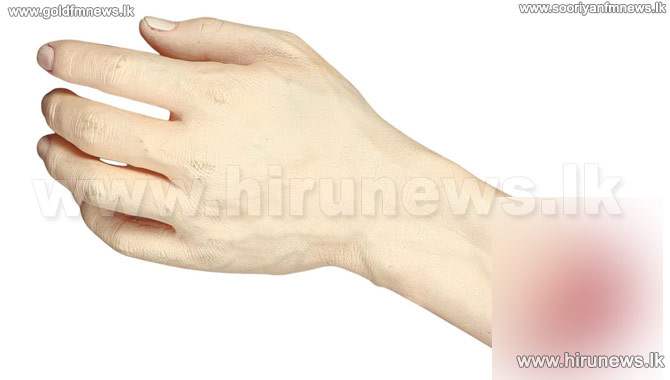 A severed human hand has been recovered from the Welikada Navala canal.

Police Media Spokesman ASP Ruwan Gunasekera said that a group of persons who had been cleaning the canal last afternoon had found a left hand severed from the arm.

Investigation is being held as to whether the pair of human feet recovered from a stream near Siridhamma Road in Dematagoda last Saturday and the said hand belong to the same person.

The police media spokesman said further that a DNA test was being carried out for this purpose.

The woman arrested on suspicion in connection with the pair of feet recovered from a stream near the Siridhamma road in Dematagoda was produced before court yesterday.

Police said that the woman concerned had been arrested on the suspicion of hiding the truth.

A pair of severed legs and a bunch of keys were also recovered from a stream near the Siridhamma Road on 14th this month.