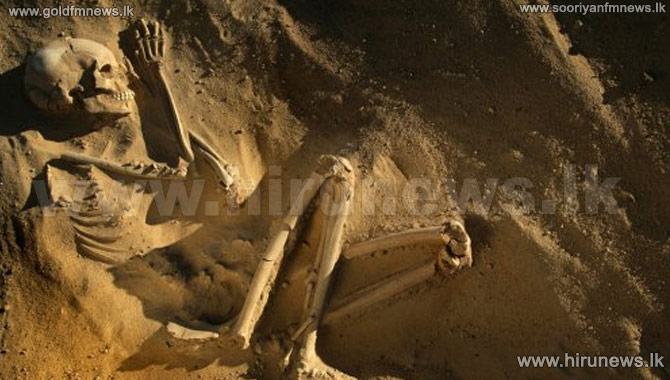 The Department of Archaeology states that Sri Lanka has received the global attention after a fossilized tooth of a human being was found in the excavation of the historical Batadombalena cave at Kuruwita in Ratnapura.

A team of archaeologists from Oxford University were engaged in excavations at Batadombalena Cave last year.

The Oxford University archaeologists discovered that the human tooth found during the excavation dates back to over 20,000 years.

Scientist Patrick Roberts who led the excavation team said that history might be rewritten after the discovery of the fossilized human tooth.

Scientist Patrick also stated that human habitats can be traced in the evergreen forests since perennial periods.

In addition, human bone fragments dating back to 35,000 to 40,000 years were found during the excavations at Pahiyangala in Horana some time ago.

Archaeological Researcher of Kelaniya University Post Graduate Institute Dr. Nimal Perera told our news team that the attention of the world scientists has currently been drawn to Sri Lanka due to the new discovery.