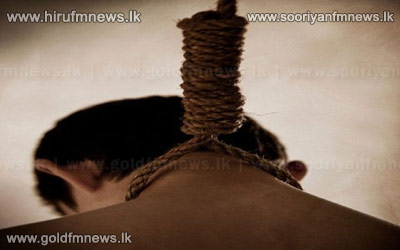 A suspect has committed suicide by hanging inside a police cell in Ja-Ela.

Police arrested the suspect at Ekala road last night under the allegations of possessing drugs and breaking into houses.

Police media spokesman’s office stated that the suspect has committed suicide by hanging using a cord which was used to tie his trouser.

He is a 38 year old father of one child from Visaka Watta in Ekala.

Meanwhile, police found a body which was missing a left arm in Diyawanna Oya behind Parliament this morning.

According to police media spokesman’s office, a team of Mirihana Police officers are conducting an investigation.

The identity of the person has not been uncovered thus far.

Meanwhile, a left hand was found recently in a canal in Nawala area.

In addition, 2 severed legs were also discovered in a canal close to Siridhamma Mawatha on the 14th, while a charred torso of a person was found in a dump site on School Lane, Dematagoda yesterday.