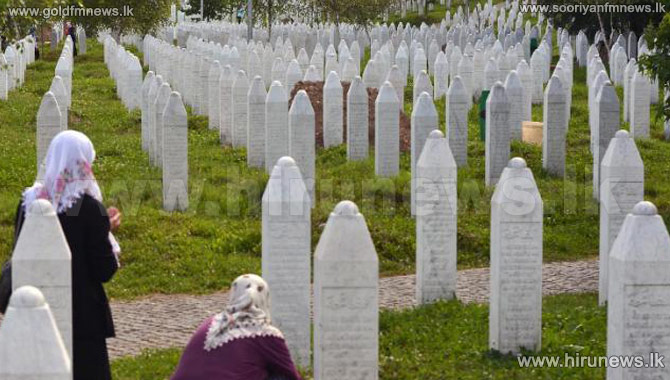 Serbia arrested seven men on Wednesday suspected of taking part in the 1995 Srebrenica massacre in Bosnia, the first such arrests in the ex-Yugoslav republic of accused gunmen in Europe's worst atrocity since World War Two.

The men, arrested in several locations across Serbia, stand accused of executing more than 1,000 Muslim Bosniaks at a warehouse just outside Srebrenica, some of more than 8,000 Muslim men and boys killed in the area after it fell to Bosnian Serb forces in July 1995.

"There are other suspects in Serbia and neighboring countries and we are after them as well," he stated.

A United Nations court has ruled that the Srebrenica massacre, carried out over the course of several days after the fall of the U.N. 'safe haven', constituted genocide.

The Bosnian prosecutor's office welcomed the arrests, saying the operation had been coordinated between the two countries.

July will mark the 20th anniversary of the massacre. Nearly 90 percent of the victims have been exhumed from mass graves and identified through DNA analysis.

The seven men will most likely stand trial in Serbia, not at the International War Crimes Tribunal for the former Yugoslavia in The Hague, where high-profile leaders such as Serbia's late president Slobodan Milosevic and Bosnian Serb leader Radovan Karadzic were tried.

The accused are former members of a Bosnian Serb interior ministry unit. An official involved in the investigation said they included unit commander Nedeljko Milidragovic, known as 'Nedjo the Butcher'.

"He and others are suspected of bringing some 15 busloads of men from a prison camp in Srebrenica to Kravica, where they were summarily executed," the official stated. "They were first shot and then hand grenades were thrown."

A total of around 100,000 people, the large majority of them Muslim Bosniaks, died in Bosnia's 1992-95 war during the collapse of socialist Yugoslavia.

Serbia arrested Karadzic in 2008 and his military commander Ratko Mladic in 2011. Both are currently standing trial for war crimes in The Hague, including responsibility for Srebrenica, but Wednesday's arrests marked the first time Serbia has gone after those who did the actual killing.

The arrests of Karadzic and Mladic largely unblocked Serbia's bid to join the European Union, but Belgrade remains under pressure from the West to hold accountable those behind the war crimes committed during Yugoslavia's bloody collapse. (Reuters)