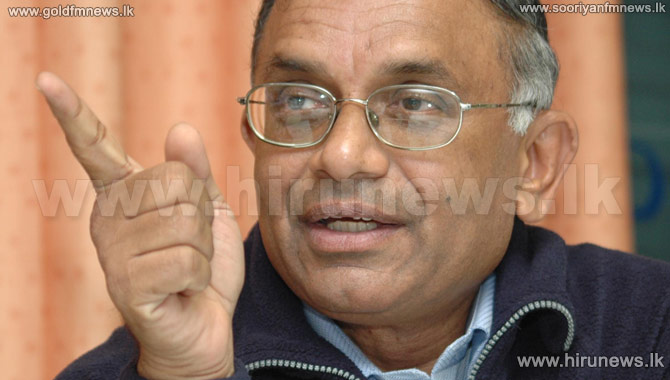 Dr. Jayampathi Wickramarathna says that the stand by certain factions to continue the Executive presidency until an electoral system change is hazardous.

A legal personality Wickramarathna stated this today during a panel discussion organized by the Circle of the Left in Colombo.

Dr. Wickramarathna is a Presidential consultant on Constitutional Affairs and a member of the Movement for Just Society.

Political parties and civil societies have again drawn their attention to abolish the Executive presidency and other constitutional amendments.

A discussion was held after the recent release of the gazette notification with regard to the Constitutional Amendment.

However, addressing a media conference organized by SLFP, MP Mahinda Amaraweera said that certain parties which show great enthusiasm to curtail the powers of the President do not take similar interest to change the electoral system.

Meanwhile, a media conference was held at the Information Department to announce the progress of the 100 day plan.

During the conference, Policy Planning and Economic Affairs Deputy Minister Dr. Harsha de Silva expressed his views regarding the powers of the Executive president.

At the same time, addressing another media briefing organized by Frontline Socialist Party, central politburo member Duminda Nagamuwa said that the government is not abolishing the executive powers, despite their promised during the last presidential election.