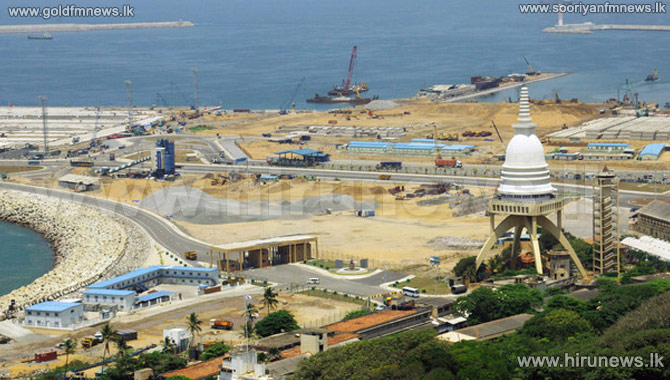 The Appeal Court ordered the government to inform its decision regarding the Colombo Port City Project before the 26th of April.

The order was given after considering the petition filed by the Center for Environmental Justice requesting the annulment of all agreements with regard to the Colombo Port City project.

The petition was taken before a panel of two Appeal Court Judges presided by Justice Vijitha Malalgoda today.

The previous government entered an agreement with CHEC or Colombo Port City Company on September 26th of 2014 to build this project.

However, the present Cabinet decided last Wednesday to halt the construction of this project, which was to be built on 233 acres of land reclaimed from the sea near the Colombo Port.

After the reclamation of the sea, the Sri Lankan government will own 125 acres out of this land while the rest of the land will belong to the Chinese company.

The Chinese construction company stated that the initial investment on the project is estimated at US$ 1.4 billion and after the completion of the entire project the value will increase up to US$ 13 billion.

The China Communication Construction Company which is responsible for the construction of the Colombo Port City project further stated that it would bear the commercial risk of the entire project.