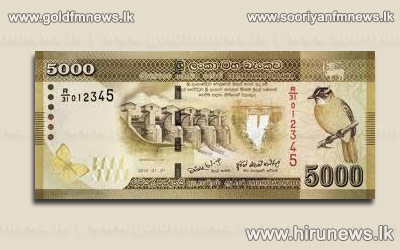 Police request the General Public to be vigilant when using 1000 rupee and 5000 rupee notes.

The police recovered several counterfeit notes during the past couple of days.

Peliyagoda police recovered a 441 thousand 500 rupee worth stock of forged currency notes from a house in Batuwatta in Ragama.

The police also arrested a person with 22 counterfeit notes yesterday from Kegalle.

Another person was arrested from Anuradapura – Uluk-kulama area with 24 counterfeit notes.