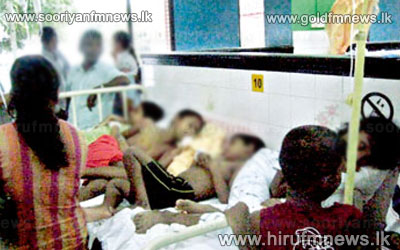 27 students of Mailan-kaadu College were admitted to Thelip-palai Hospital this morning, after consuming contaminated water.

According to the hospital sources, the condition of the students of Chunnaa-kam Mailan-kaadu College in Jaffna, who were admitted after consuming contaminated water, is not critical.

Police stated that they found a bottle containing poison next to this water tank.

The Deputy Principal of Jaffna Mailan-kaadu Sri Murugan College stated that the students who consumed the water of this tank were admitted to the hospital.