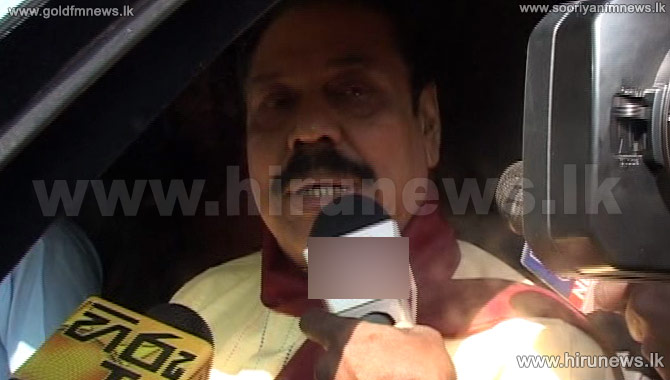 The former President Mahinda Rajapaksa says that political revenge is taking place under the current government.

He stated this when he visited former Deputy Minister Sarana Gunawardana, who is currently on remand at Mahara Prison.

Elaborating his views, former President stated that this was a civil case which has been heard for several years.

However, he noted that this is a part of political vengeance and cautioned the police to be more vigilant since there is a trend of civil cases being turned into criminal cases.

Later, the former President said that he believes the Chairman of SLFP will probe into the matter and take immediate action.