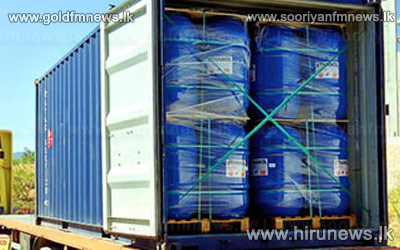 A parliament vote taking was held today to pass several orders under the Special Ordinance of the Penal Code.

54 MPs voted for the Ordinance while one MP voted against.

Finance Minister Ravi Karunanayake stated in the parliament that he has received information regarding 4 MPs who have imported ethanol against the tender procedure and even refrained from paying the relevant taxes.

The Minister stated this in response to a question raised by JVP Leader Anura Kumara Dissanayake.

Deputy Speaker and the Prime Minister also joined this dialog.

Minister Ravi Karunanayake further said that even though he has a list of names, he will not reveal them in the House.

In addition, he stated that the 4 MPs in question have not paid the relevant taxes to the excise department.