Tension cropped up between UNP and UPFA 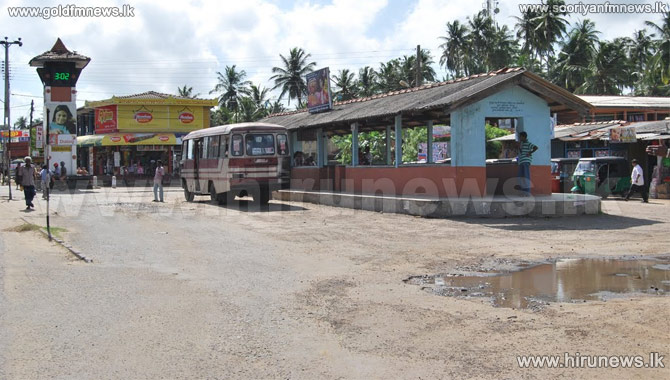 Tension cropped up between UNP and UPFA loyalists after a function held yesterday for constructing a bus stand in Habaraduwa in Galle.

This situation occurred after the departure of Internal Transport Minister Ranjith Maddumabandara and Mass Media Minister Gayanta Karunatilleke who participated in the function representing the Government.

After the function while Deputy Speaker Chandima Weerakkody came to the location of the function and with another group distributed handbills and said that it was the former Government that had provided financial allotment for constructing this bus stand.

On this occasion, a tense situation cropped up between the group that participated at the function and the group that had come with the Deputy Speaker.

Mass Media Minister Gayantha Karunatilleke who participated in the inauguration of the Habaraduwa bus stand construction said that the former Government had laid a foundation stone for this bus stand in order to win votes.

However the Minister said further that it was the current Government that provided the financial allotment for constructing the bus stand.