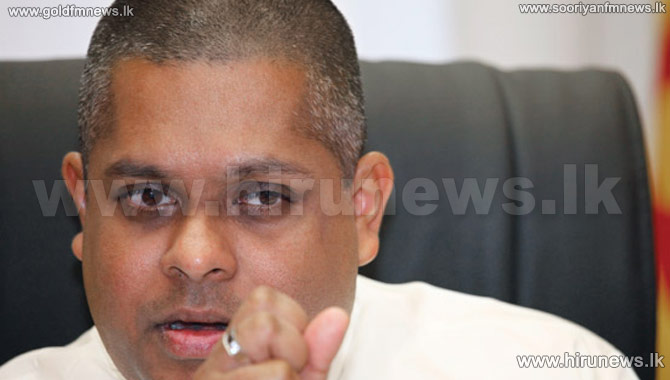 The Commission to Investigate Bribery or Corruption filed a case today against MP Sajin de Vass Gunawardana at the Colombo High Court.

The case was filed against the MP under the Clause 9-1 of the Declaration of Assets and Liabilities Act for not declaring his private assets and liabilities in 2012.

Meanwhile, the Police Special Investigation Unit questioned former Petroleum Minister Anura Priyadarshana Yapa in connection with a loss of 30.5 million rupees, believed to have been incurred by the Corporation during his tenure.

Police Media Spokesman ASP Ruwan Gunasekera told our news team that the former minister was questioned for over 3 hours.

Few months ago, a small vessel was used to unload fuel after the buoy of an oil tanker was damaged while unloading fuel off sea in Colombo Port.

The minister was questioned on a complaint made against him that the Petroleum Corporation had to bear 35 million rupees of extra costs due to the use of this small vessel.