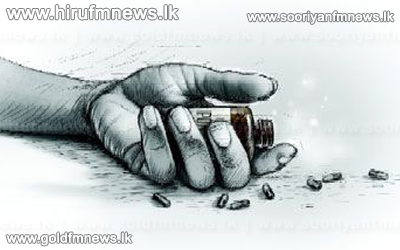 A school girl at Bakamuna in Polonnaruwa has committed suicide by consuming her mother’s tablets prescribed for blood pressure.

The student has returned home after school at 12 last noon, while no one was present in the house.

Police investigations revealed that the girl has consumed the tablets prescribed for her mother’s high blood pressure.

The reason for the 18 year old school girl to commit suicide has not been uncovered thus far.

However, Bakamuna Police stated that following the initial investigations, they have found several details which could be assumed to have caused the girl to commit suicide.