54 Indian fishermen who crossed in to Sri Lankan waters arrested 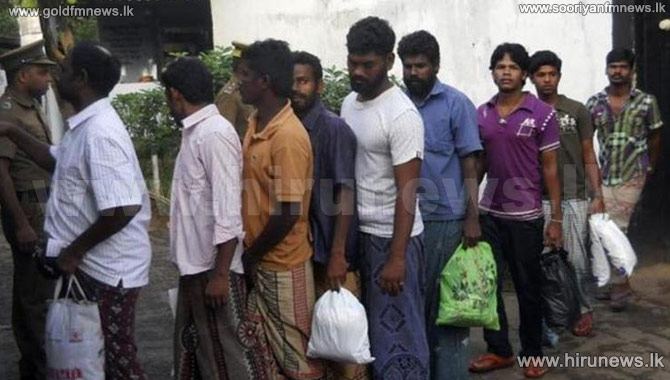 As many as 54 Indian fishermen have been arrested by the Sri Lankan Navy for poaching in island's waters off the coast of Kankesanturai and Talaimannar in the north.

They were being brought to respective fisheries inspection offices for further action.

The arrests take place as Indo – Sri Lanka talks which were stalled for nearly 1 year, are to be held on the 24th and 25th of this month in Chennai, India.

According to Home Affairs and Fisheries Ministry, 10 representatives from local fishing committees will attend these talks.