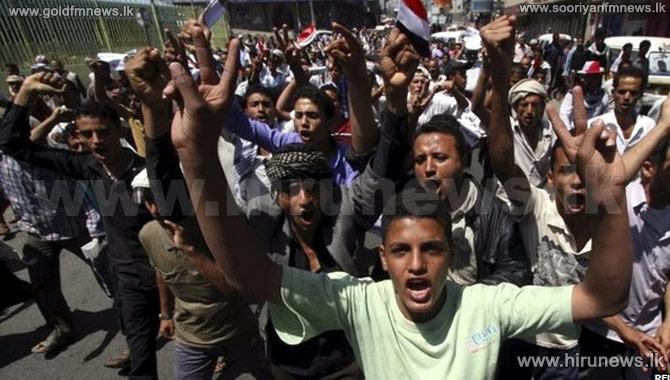 Parts of Yemen's third largest city Taiz have been seized by Shia rebels.

The city's airport was among the areas seized by Houthi rebels.

There has been mounting violence by rival armed groups in Yemen, including Houthi rebels, al-Qaeda and Islamic State militants.

On Saturday, the US said it was withdrawing its troops from the country due to the worsening security situation.

The UN Security Council is holding an emergency meeting on Yemen's security situation on Sunday.