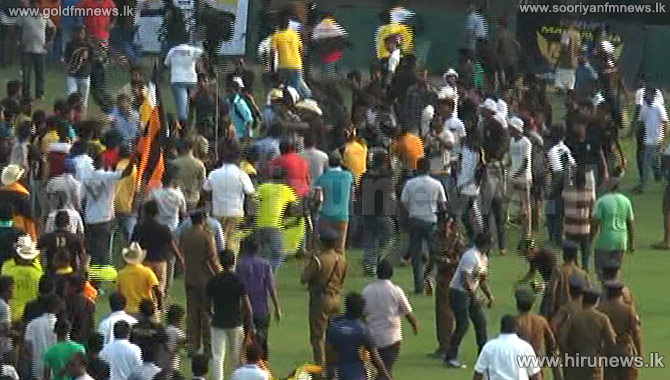 Seven persons including school students were injured in a clash after a school cricket match held at the Colombo SSC stadium last afternoon have been hospitalised.

Police media spokesman’s office said that the police riot control unit too had to be called to contain the situation.